Solid-phase peptide synthesis (SPPS) is one of the most commonly used techniques for synthesizing peptides. The solid support consists of small, polymeric resin beads functionalized with reactive groups (such as amine or hydroxyl groups) that link to the nascent peptide chain. An amino-protected amino acid is bound to a solid phase (resin), forming a covalent bond between the carbonyl group and the resin, most often an amido or an ester bond. For chain elongation, the amino group is de-protected and coupled with the carboxylic acid of the next N-protected amino acid in presence of a coupling agent.

The solid phase peptide synthesis strategy was developed by Merrifield as a synthesis of a peptide under heterogeneous conditions from the C-terminal (carboxyl group) to the N-terminus on a polymeric solid support resin. The carboxyl group of the amino acid needs to be activated for its coupling to the resin. After the amino acid is attached, the resin will be filtered and washed to remove by-products and excess reagents. Subsequently, the N-alpha protecting group of the new coupled amino acid is de-protected and the resin has been washed to remove by-products and excess reagents. In the next step, the amino acid is coupled to the attached one. A cycle is repeated until the peptide sequence is complete. To achieve peptide elongation, all the protecting groups are de-protected, the resin is washed, and the peptide is cleaved from the resin (Figure 1)1.

Linkers represent a reversible connection between the solid support and the assembling peptide. Linkers regulate the loading of the resin, the distance between the resin and the peptide, chemical conditions and the C-terminal functionality of the synthetic peptide. The most common resins for SPPS are Wang resin, Rink acid resin, HMPB resin, 2-chlorotrityl chloride resin, SASRIN resin, Rink amide resin, MBHA resin, hydrazine resin, sulfonamide resin, HMBA resin and PEGA–BAL resin1.

Most commonly used amino protecting groups are the t-butyloxycarbonyl group (Boc) and the 9-fluorenylmethyloxycarbonyl (Fmoc) group. The protecting functional groups in the side chains of amino acids are specifically chosen so as to maintain the orthogonality during the synthesis. Although the Solid Phase Peptide Synthesis (SPPS) is a slightly expensive method, the process is rapid and provides a straightforward approach to longer peptides with an excellent scalability. SPPS avoids multiple purification steps as the reagents and other impurities are washed off after each coupling cycle or reaction. Automated solid-phase peptide synthesis (SPPS) offers a suitable technology to produce chemically engineered peptides. The orthogonally of protecting groups are used for peptide modifications. Several modifications including the labelling with PEGs, lipids, steroids, biotins or fluorophores etc., the synthesis of conformationally constrained peptides i.e. stapled, lactam bridged, disulfide bridging, or head to tail cyclisation are performed in solid phase.

Protecting groups for Fmoc-SPPS have been widely developed and studied. The advantage of the Fmoc/t-Bu approach is the multiple protective groups de-protection at precise reaction conditions without effecting the other protecting groups. A strategy which provides more flexibility in synthesizing complex peptides. These protecting groups are orthogonal to the base-labile Fmoc-group and most of them can be removed by highly concentrated TFA solutions. Examples of such protecting groups are the tert-butyl (tBu) ester for Glu and Asp, the tBu ether for Ser, Thr, and Tyr, the 2,2,4,6,7-pentamethyl-dihydrobenzofuran-5-sulfonyl (Pbf) for Arg, the trityl group (Trt) for Cys, Asn, Gln, and His, and the Boc group for Lys and Trp (Table 1)2.

Modifications on the phenyl rings in Trt-derivatives with electron withdrawing or electron donating groups, increase the sensitivity to acidic solutions, which makes their removal easier. 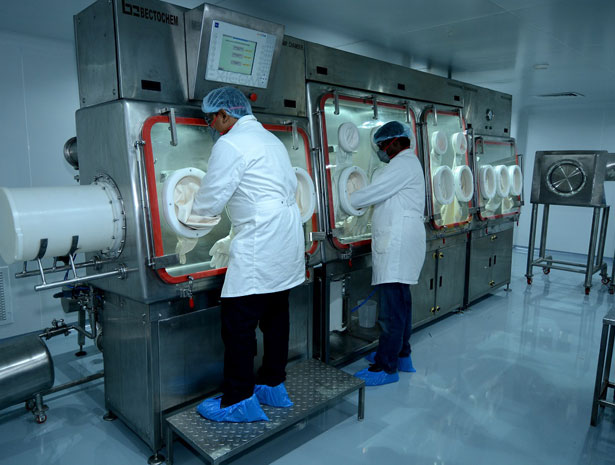